At Fuse Jam each team has their own unique theme to spark ideas for coming up with a game. In Fuse Jam #03, the overall theme was "Maps & Memories". Each team had a combination of two things - one planet description, and one object from a team-mate - that they could use in any way they liked to inspire their ideas. To make the theme generating process more fun, we had an interstellar theatrical experience for the jammers! Teams would enter the 'Space Station' where they used a strange device to travel to mysterious co-ordinates in space to a distant planet. An accompanying space diary gave them a brief description of the planet. Next they randomly chose from the objects they had bought with them by picking from a selection of space artefact boxes. 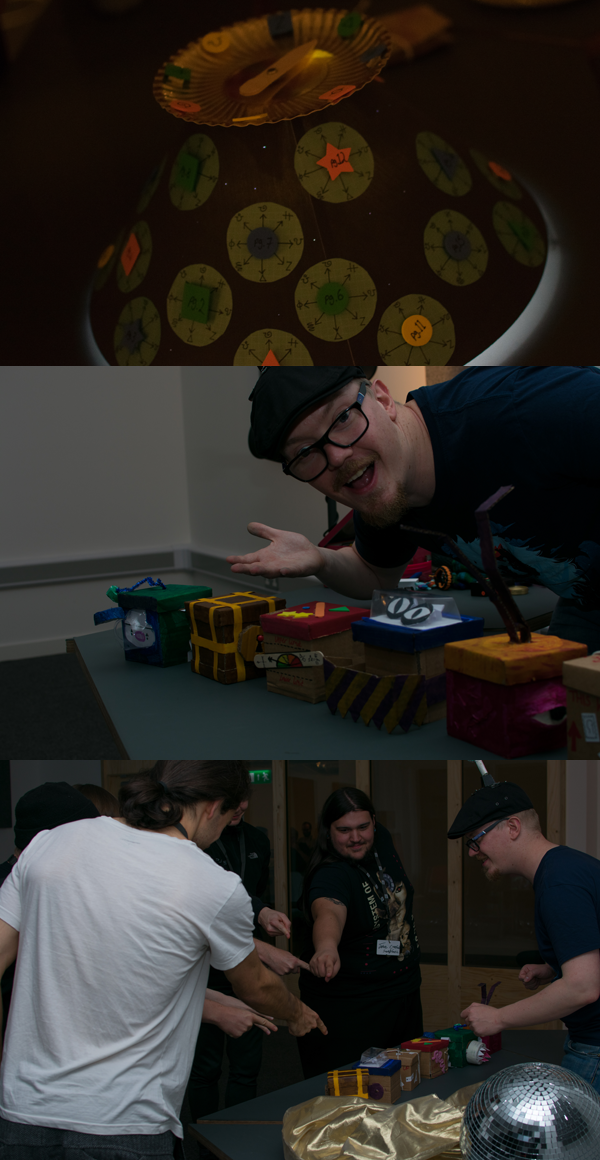 Each team-mate span the spinner on top of the space map. Following along the path created by the symbols, they eventually landed on a planet, corresponding to a number. This gave them access to that numbered page from inside the Space Diary.

For the second part of the theme, each team member had been previously asked to bring in a small object from home. The objects were placed inside space artefact boxes and shuffled, before all team mates voted (by simultaneously pointing) on the box they wanted, with one of their objects inside.